/ Blog / The Art of Balancing: Drafting the Background in a Patent Specification

A patent is a well-structured document wherein the information pertaining to the invention is properly drafted under different sub-categories, such as claims, abstract, background, specification, etc. One such sub-category is the background of the invention which is also known as prior-art or state of the art for the invention.

Drafting the Background in a Patent Specification

The Background in a patent document elucidates and emphasizes the importance of the invention. It can be any resource that already exists in the public domain, either in the form of publication or usage, and acts as a source of information or motivation to the inception of the invention. A patent need not be granted only for original technologies but also for any improvements made to an existing technology provided the improvements made thereupon is novel and not obvious to the person skilled in the art. The Background in a patent specification helps in establishing these patentability criteria of novelty and non-obviousness of the invention by disclosing the prior available information; underlying the problems associated with these; suggesting a solution to these problems through a novel approach, and establishing a clear contrast between the prior existing model and the current invention. This helps in preparing the ground for explaining the invention to its reader in the other following sub-categories of patent specification by differentiating it with the prior art.

Per the USPTO norms, a Background is not a must for a patent document and it is on the convenience of the applicant to provide the background of the invention in a patent specification. But considering the average time a USPTO examiner spent on a patent application, the Background may help her in swiftly perceiving the invention without getting much into the reading part. Moreover, in EPO and similar another patent office which follows the problem-solution approach of drafting and examination, the Background is equally important. The patent document is required to show the invention as a solution to the problems highlighted in the prior art and claim accordingly. Thus the Background should be drafted in such a way that it does not jeopardize the prosecution of the patent application. 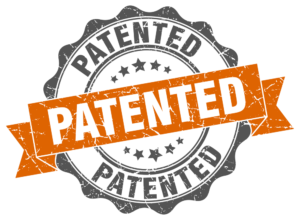 That is why it is important to understand the relevance of a well-drafted Background as it can give an edge in sailing smoothly during prosecution. However, over-emphasizing and unnecessary or over detailing can also act as a sword of Damocles because the same disclosure can be used against your patent application handing you a rejection due to lack of novelty and may render it obvious to the available information. One should also realize that whatever is disclosed in the Background of the specification, which may in itself be patent eligible, becomes a prior art for that patent application and it cannot be claimed further during prosecution. Hence, it is required to tread carefully and stuck the right balance between what to disclose and how much to disclose.

While drafting the Background it is advisable that you keep this section short and very general to the field of your invention. This is beneficial for the reader to get a general idea of the technology and apprehend the objective of the invention without getting much into the details of the invention. If the invention is an improvement upon previously existing technologies, the emphasis should be laid on underlying the misses and disadvantages in the existing prior art rather than focusing on its positives. Moreover, one should avoid the temptation of comparing the prior art with the invention as this may make your invention obvious to the examiner. Additionally, there is no purpose in detailing every known prior art in the Background as it can be included along with the patent application by filing an IDS. So, instead of creating a blunder and giving the Examiner leverage, the best practice is to limit the Background only to the negatives of the existing state of the art in a broad and general manner without getting into specifics.

Though the Background is written for the reader to perceive the invention, yet the focus while drafting the patent specification should solely be on the invention itself and not on the available prior art. The Background serves only as a medium to create a foundation for the invention and should be drafted accordingly.