U.S. Patent 6281 was granted to Walter Hunt for his invention of the safety pin. Alexander Graham Bell got patent 174,465 for the telephone. When we hear the word patents, most of us think of home appliances, electronic gadgets, or machines.

But do you know, since 1982, the U.S. Patent and Trade office has been issuing patents on genetic material as well? Nearly 30,000 human genes have already been patented in the U.S. alone. It seems odd to patent a gene at first glimpse, which is why the practice has been controversial since it began nearly 4 decades ago. The first gene patent was applied in 1977 and was issued in 1982 to the University of California for an engineered hormone involved with breast development in pregnant women.

The judicial road that has led to today’s laws regarding patent rights to substances made inside the human body has never been easy. For example, in 1853, the Supreme Court denied one of Robert Morse’s patent claims relating to the telegraph. The reason mentioned was Electromagnetism — the principle on which the device worked — was “a principle of nature” and therefore couldn’t be patented.

One conclusive step leading to genetic patents was taken in the first half of the 20th century when the Plant Patent Act of 1930 was passed, allowing plant breeders to patent new plant life types. But apart from plants, 50 years would pass with the courts denying the patenting of “products of nature” until the landmark court case of Diamond V. Chakrabarty (in June 1980), in which the Supreme Court ruled that a life form (in this case a strain of bacteria) could receive a patent. 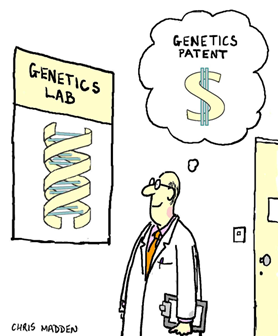 Well before the Supreme Court decision, in 1977, the University of California had applied for patents on genes for insulin and growth hormone; the patent for insulin was granted in 1982 and the one for growth hormone in 1987. Gene patents were an extension of the legal doctrines that permitted patents on hormones, vaccines, and other “natural products” that had been turned into useful forms.

On June 13, 2013, the U.S. Supreme Court ruled that human genes could not be patented. But the inventions that used or replicated DNA could.

Patent offices worldwide had no great difficulty concluding that genes could be patented in isolated and purified form. An estimated 47,000 patents claiming something about DNA or RNA have been granted in the United States.

Because the United States Patent and Trademark Office (USPTO) received too many patent requests for both individual genes and gene sequences, it issued new guidelines in 2001, stipulating to apply for a genetic patent, a company or research institute needed to show “specific, credible and substantial” uses for it.

Although that requirement slowed things down a bit and made the patent application process available only to those who had conducted substantial research, to date, there are more than 3 million genome-related patent applications on file.

In the United States, patents are issued according to the “first to invent” principle. It means that in the event, patents are requested for the same invention by different parties, whoever can prove that they made the invention first is the one entitled to the patent. It helped contribute to the mad rush of patent applications in the Human Genome Project (1990-2003). Everyone wanted to be first. 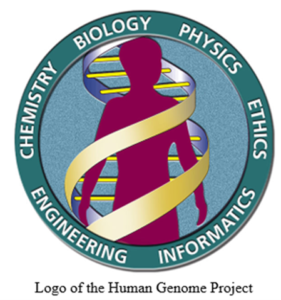 The majority of genetic patents are granted by the USPTO, the European and the Japanese Patent Offices.

In the case of patents like gene patents that involve altered products of nature, the inventor must deposit a sample of their work into one of 26 worldwide culture depositories as stipulated by the Budapest Treaty on the International Recognition of the Deposit of Microorganisms for Patent Procedure. It is important to note that genes can count as altered products of nature only if they have been removed from the body and processed somehow.