A “Vacuum Cleaner” also known as a “Sweeper” is a device that uses an air pump which has a centrifugal fan, and creates a partial vacuum and sucks updust/dirt from various surfaces. The sucked dust/dirt is collected in a dust-bag or a cyclone for later disposal. These cleaners find their place both in domestic and industrial applications. 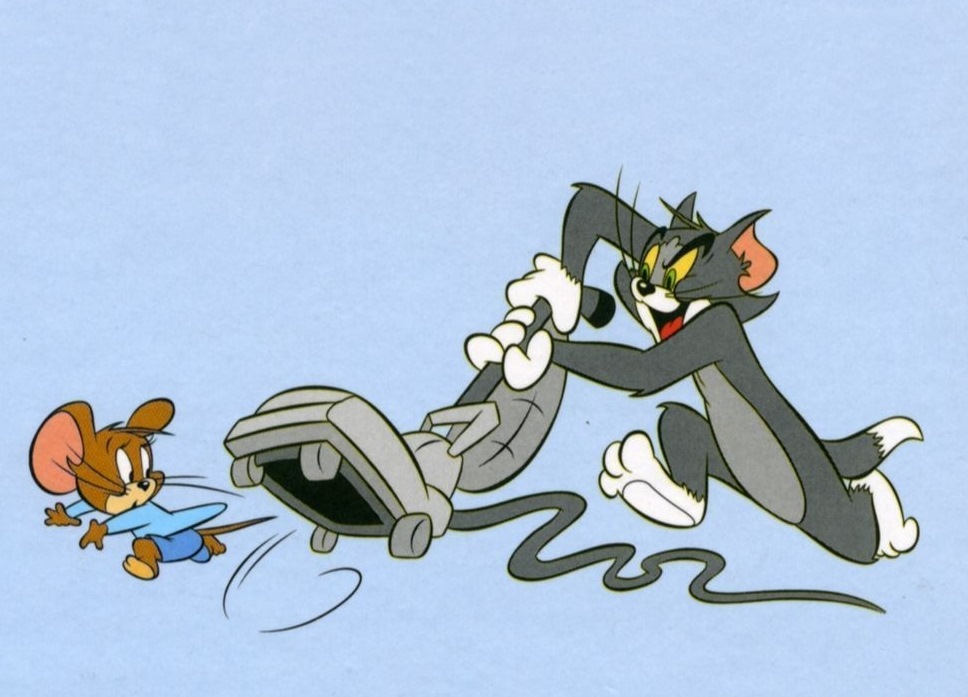 The vacuum cleaner is not only an incredible utility product today, but it has a great history too. It evolved from the carpet sweeper via manual vacuum cleaners. Per USPTO records, Hiram H. Herrick invented the first Carpet Sweeper (US patent # 21,233) in the year 1858, which could see only little success because of its inefficiency and complexity to use. The next manual model that used bellows was developed in the 1860s, and the motorized designs appeared for the first time at the turn of the 20th century.

The carpet sweeper that was invented in 1860 by Daniel Hess of West Union, Iowa, gathered dust with a rotating brush and a bellow for generating suction. The “Whirlwind,” another model was invented in 1868 by Ives W. Mc Gaffey in Chicago. Inspite of the device being bulky and inconvenient to operate, it was commercially marketed with moderate success. To overcome the drawbacks of the existing carpet sweepers, an improved device was developed, and patented in the United States (US Patent # 182,346) by Melville R. Bissell of Grand Rapids, Michigan in 1876. His wife Anna Bissel had a great contribution to this invention too. After Melville’s tragically demise in 1889 at the age of 45, Anna took over complete charge of the company and not only expanded the business to all over North America and Europe, but also impressed Queen Victoria in 1890.

John S. Thurman of St. Louis, Missouri made further improvement and filed a patent (US No, 634,042) in the year 1898 for a “pneumatic carpet renovator”. The power for this machine was gasoline. Unlike the latest vacuum cleaners, this device blows the dust into the receptacle, instead of collecting the dust by sucking. 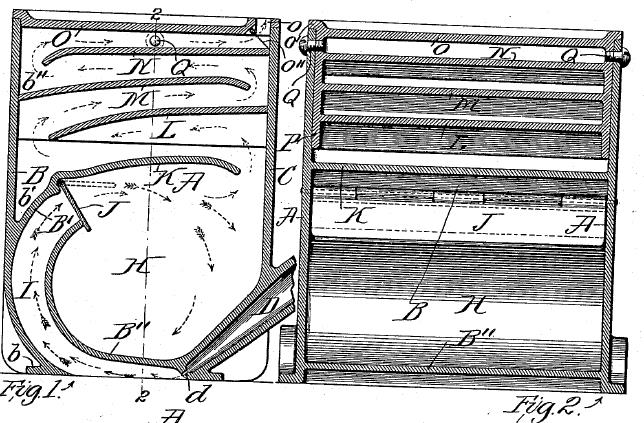 Motorized version of vacuum cleaners came into existence in the year 1901, which was invented by Hubert Cecil Booth. The device had an air pump that pumped the air out and blew the dust which worked temporarily but could not get rid of dirt. After some brainstorming, he developed a machine powered by an internal combustion engine and named it “Puffing Billy”. The device used a piston pump to draw air through flexible pipes and a filter made of cloth. The machine was too huge that it had to be drawn by horses. Booth’s next development was electric powered cleaner, even this was too big to enter into the rooms.

The first portable vacuum cleaner was built in the year 1905 by Walter Griffiths. The design was portable, easy to store, and could be operated by single person which required compressing a bellows like contraption to suck up dust through flexible pipe.

James B. Kirby developed vacuums called the “Domestic Cyclone” in 1906, which used water for dirt separation.

In 1907 department store janitor James Murray Spangler of Canton, Ohio invented the first portable electric vacuum cleaner and got a patent for the Electric Suction Sweeper in 1908 (US889823A). The device in addition to suction from an electric fan that blew dirt into a soap box and a pillow cover, utilized a rotating brush to loosen debris. 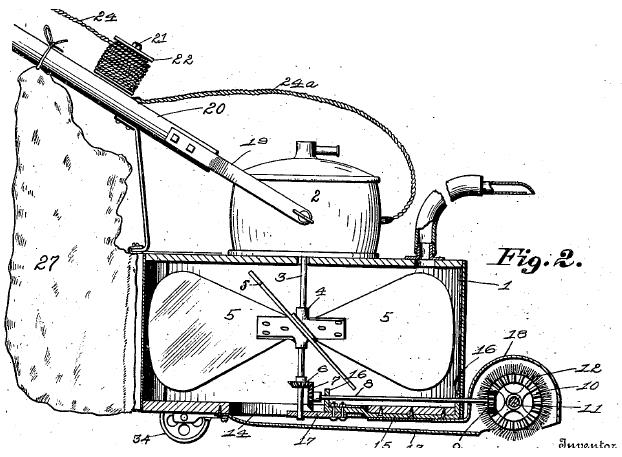 In Continental Europe, the Fisker and Nielsen Company in Denmark was the first to sell vacuum cleaners in 1910. The design weighed just 17.5 kg and could be operated by a single person.

In 1921 Axel Wenner-Gren founder of Swedish company Electrolux launched the innovative Model V that was designed to lie on the floor on two thin metal runners. There is a recorded example of a 1930s Electrolux vacuum cleaner surviving in use for over 70 years, finally breaking in 2008.

Till World War II these machines were owned by people who led a luxurious life, there after vacuum cleaners became affordable by middle class also. The last couple of decades of 20th century witnessed several breakthrough innovations including filter-less cyclonic dirt separation, central vacuum systems, rechargeable hand-held vacuums, and the autonomous robotic vacuum cleaner. Electrolux of Sweden demonstrated the Electrolux Trilobite, the first autonomous cordless robotic vacuum cleaner in the year 1997 on a television program and introduced it to the consumer market in the year 2001.

A hovering vacuum cleaner named Airider that floats on a cushion of air was introduced by a British company in the year 2004. The company claimed it to be the most light-weight and easier to maneuver. It was not the first vacuum cleaner to do so as the Hoover Constellation predated it by at least 35 years.