A gene patent is a specific isolated gene sequence, a natural series that has been altered, the processes and methods for obtaining or using it, or a combination of any of these. In the United States, gene patents have only been granted to gene sequences that have known functions.

Gene patents generally break down into four categories: diagnostics, functional use, process, and compositions of matter. These patents might be on a single gene, but often, they are on a process involving genetic material or on a small strand of linked genes, and they generally focus on the parts of genes involved in the production of proteins.

Diagnostics patents: Gene researchers are looking to patent methods that test for genetic differences or abnormalities. These patents are occasionally referred to as disease gene patents because they are most often associated with spotting genetic markers involved in ailments such as cancer, Alzheimer’s disease, and cystic fibrosis. Things get complicated in this category of gene patents because one gene can have many different mutations, or one test can analyze other genes for the same disease –, and all the different combinations of engineered mutations and tests can be patented.

Functional use patents stem from research that discovers the roles of various genes in causing disease in the body or regulating bodily functions. These patents are typically issued for drugs that affect the functioning of genes.

Composition of matter patents is filed to protect “inventions” that generally stem from combining different genetic material and are typically filed for drugs and vaccines such as insulin and human growth hormone (HGH). This type of patent is at the heart of much of the legal controversy surrounding genetic patents, as we will see in the next section. 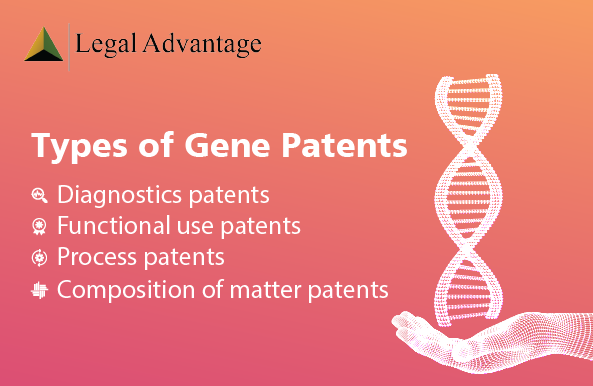 The crux of the legal controversy over gene patenting is the debate between “products of nature” and “compositions of matter.” Gene patenting opponents argue that there is no more fundamental product of nature than the genes found inside our bodies, and therefore they are not patentable. Proponents of gene patents assert that once a gene is removed from the body and manipulated in any way, it qualifies as a “composition of matter,” which is legally patentable.

One of the most closely watched court cases involving these issues is the one involving Myriad Genetics. The company filed seven patents relating to BRCA1 and BRCA2, which are associated with breast and ovarian cancers, and it developed a test kit that helps predict a women’s risk of those diseases.

In March 2010, a U.S. District Court ruled that the company’s patent claims were invalid because genetic material was, in fact, a product of nature. The ruling judge called the idea that genes outside of the body were no longer products of nature “a lawyer’s trick.”

However, in July 2011, the Court of Appeal for the Federal Circuit overturned the lower court’s decision saying that the genetic material isolated in a lab had a significantly different chemical makeup than when it is found inside the body.

Some say this ruling throws open the patent office doors to biotech companies, while others posit that this is just one more legal tussle in the ongoing debate over who owns the rights to our genetic material — one that the U.S. Supreme Court eventually decided. Even after being isolated and identified, the court agreed that a gene was not eligible for a patent — so BRCA1 and BRCA2 could not be patented. But that the creation of something new — in this case, Myriad’s synthetic cDNA — could be patented, even though its creation involved genes. 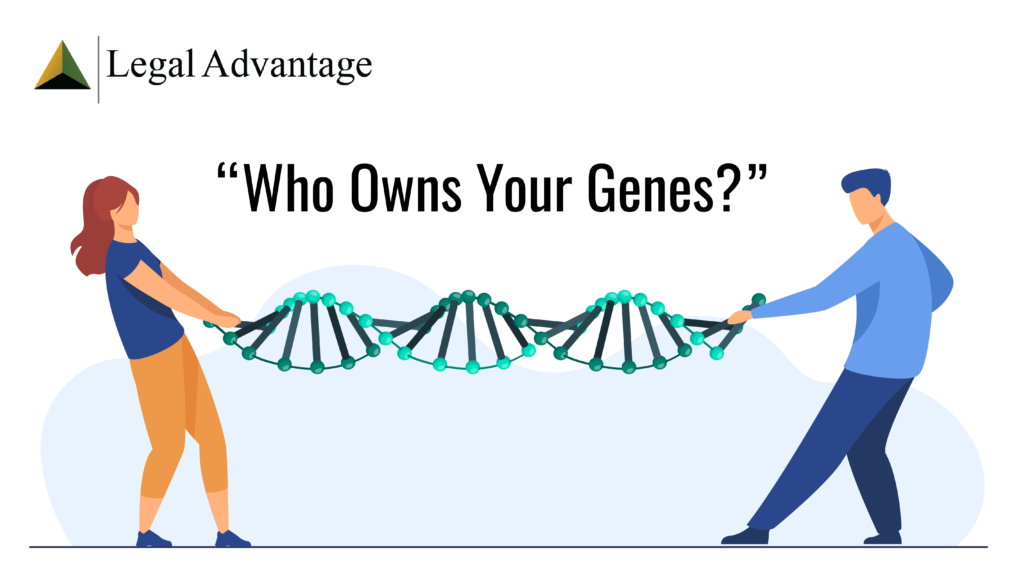 Outside of the courtroom, the debate over gene patents is still a lively one.

Proponents of gene patents argue that the system stimulates research, as scientists can retain the rights and credit for their work rather than having the results of years in the lab stolen by another company once findings are published. The retention of rights, they say, also provides research companies a financial incentive to explore genetic materials, as they can be assured a profit for at least 20 years from their efforts. Without gene patents, proponents argue, very little genetic research would ever take place.

They also maintain that the patenting system prevents duplication of efforts across research institutes. Once facility A has patented a finding, it becomes public knowledge, and facility B does not need to head down the same research path. This component of transparency, which is integral to the patenting process, also eliminates secrecy and provides scientists access to each other’s findings in a way that can propel research further, according to supporters of the gene patenting process.

The primary argument used by opponents of gene patenting is that the genetic material inside our bodies belongs to humankind, not a lab and that the regulation prohibiting the patenting of “products of nature” certainly applies in this case. They also assert that once one lab owns a patent on a particular gene or sequence of genes, research at other labs will be hampered because of the fees paid to the patent holder to use their work in related research areas. The American Medical Association (AMA) is on this side of the issue, stating that they oppose gene patenting because “it has the potential to inhibit access to genetic testing for patients and hinder research on genetic disease.”

Perhaps the only thing that is clear on this issue is that just like the human body itself, the world of gene patenting is extraordinarily complicated and the debates, and legal challenges it inspires are likely to continue for years to come.