Patent troll or non-practising entity (NPE) is a company which acquires patents from other inventors/companies and files infringement suits against practising/product manufacturing companies. Before introducing AIA, there were a lot of arguments about NPEs with the way the NPEs suing multiple companies at a time and several small/medium companies which were unable to cope up with the litigation charges, which entered into license negotiations with NPEs. So, it will be interesting to see whether AIA has countered such NPEs. 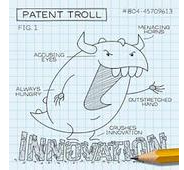 Going by the recent data, there doesn’t seems to be any decline in NPE activities. In fact, in 2018, more than 80% of patent infringement suits are filed by NPEs against small/medium size industries and most of the suits are based on software patents (e.g., websites, mobile applications etc). So where does the problem lie? Is the patent system is broken? 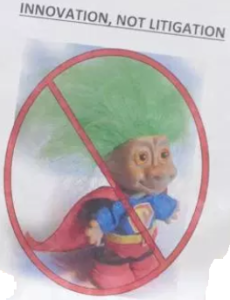 Let’s see some changes brought by AIA to counter NPEs. First, instead of filing a single application for multiple infringing companies, AIA brought a provision to file a separate application and separate fee for each infringing company to make the process harder. Second, an executive order is passed so that companies must update USPTO about who owns the patent and the owner who owns the patent can’t be a shell company used by other company for infringement suits. Third, PTAB has introduced a slew of post-grant procedures such Inter partes review (IPR), post-grant review (PGR) to counter the suits of NPEs and fourth, awarding legal fee to defendants if the defendant wins the case. So, the present patent system works fine, it’s not a broken system. But the problem lies somewhere else.

USPTO simply doesn’t have enough staff to deal patent prosecution process and recent data reveals that there are 700,000 patents still needs to be examined. Patent examiners allowing broadly interpretable claims, due to lack of focus, human errors or whatever other reason maybe. Examiners are not raising enough questions which could have raised based on broadest reasonable interpretation (BRI) which leads to a bad patent. The AIA doesn’t address the problem of software patents, the very idea of a software patent is a bad idea and data suggests that many patent infringement suits are based on software patents. The costs involved in patent infringement suits are very high. So, an individual inventor, a small entity or a university don’t involve in those suits directly. Instead, they are approaching NPEs which have deep pockets to engage in patent infringement suits.

AIA needs much more reforms to combat NPEs, first it should start with USPTO staffing, patent prosecution process and more reforms are needed for software patents. NPEs should not scare small/medium entities, as they can’t deal with high costs of infringement suits.